Prior to 1941, under the name “Pentecostal Gleaners,” a youth meeting was held during a District Conference. Occasionally a youth service was held at a fellowship meeting. It was time for action, and organization was necessary to further develop youth into becoming dedicated followers of Jesus Christ.

Rev. David F. Gray was chosen to become the first District Youth President. Under his capable leadership and ability to organize, and with the approval of Bro. J. Arthur Johnson, District Superintendent, the ground work of the Youth Organization was set up.

Youth Directors were chosen for each section, and together they formed the Youth Committee of the District. Rallies and Youth Conventions were formulated and approved by the Board of the Pentecostal Church Incorporated.

The name “Pentecostal Gleaners” seemed inadequate because the harvest field was white and ready to harvest. Youth could not wait to glean after the harvest has already been plucked. Great interest was aroused throughout the District, and various names were suggested. The two top names of “Pentecostal Warriors” and “Pentecostal Conquerors” drew the greatest interest. During a District Conference, a champion was chosen to present these names to the youth. Both ministers were anointed while presenting their preferred name, proving by the Scripture what the name represented. Bro. Otis M. Petty convinced the conference that Pentecostal Conquerors was the name to be chosen, and by a vote of the youth, it became the  official name of the Western District Youth Organization.

Much was accomplished during the two years that Bro. Gray was Youth President. A solid foundation was established upon which was built the great youth organization we have

today. Bro. Gray resigned his leadership to enter the evangelistic field. But his work was built strong and others continued to build on the foundation that was laid.

Bro. Clyde J. Haney was chosen to be the second youth president in 1943. He continued to build upon the foundation laid and it was time to put more of the groundwork into action. The first Youth Convention was planned and held in Visalia, Ca in 1944. It was a great success with several receiving the baptism of the Holy Ghost. One man who had been seeking for it for 20 years, received it in about 20 minutes.

Organization and were adopted by the General Board. The name “Pentecostal Conquerors” was also chosen to be the name of the International Youth.

With the merger taking place in 1945, Bro. Clyde Haney now became the first District Youth President of the newly formed Western District of the UPC. Through the joint efforts of Bro. Haney and Bro. Gray, the first UPC Youth Convention was held in Carlsbad by the Sea, about 40 miles north of San Diego. It was a campground that had tents for dormitories and a large tent for the tabernacle. Camp attendance was large the services were a success. The youth were strengthened and united as one body working together to win more young people to God.

Bro. Haney resigned as District Youth President in 1946 to accept the pastorate of the First Pentecostal Church in Stockton and Bro. John E. Klemin was elected to serve as Youth President for five years from 1947-52. The Youth Department progressed tremendously during this time.

This was the first Regional Youth Conference, and it was a great success.

The first youth camp was held at Frazier Park during the summer of 1951. The campgrounds proved to be an ideal, out-of-doors setup for the 35 boys and 28 girls that attended the camp. The services were blessed throughout the day with Bible teaching, games, quizzes, and handcraft. An evangelistic, consecration service was held each night, and the Lord was in the midst. Tears of repentance and consecration flowed freely around the altar.

Bro. Murray Layne served as the fifth Youth President of the Western District and his first term of office was from 1954-56. He did not accept the nomination at the 1956 Conference and Bro. Ewin Sansom was elected to serve. In 1958, Bro. Howard Davis was elected and served until 1959. Bro. Murray Layne was re-elected in 1959 and served another four years until 1962.

The Youth Camp grew from an attendance of 65 to over 400. Sheaves for Christ was also in its infancy, but the Western District was honored by winning second place in the nation. The grand total was $800.00! During his final year in serving as Youth President, Bro. Layne inspired the youth to raise a grand total of $16,000.00 for Sheaves for Christ.

July 9, 1960, dawned clear and bright over most of California. To most folk it was just another day, but to scores of young people in our United Pentecostal Churches it was the greatest day of the year. Youth Camp started at the Frazier Park Camp Grounds and Bro. Vaughn Morton was the speaker.

The youth outgrew the facilities at Frazier Park and in 1965 moved to Beulah Park Campground. That year the attendance was in excess of 600 students. In order to reach the youth of the District more effectively, the executive committee felt it was necessary to divide the Youth Camps into two groups: a northern youth camp and a southern. In 1966-67 there were two camp locations; Camp Seeley and Camp Radford with over a total attendance of 700.

In 1968, one Senior Youth Camp was held along with 9 Junior Camps. A large number of youth received the baptism of the Holy Ghost out of the thousand that attended.

During the six years that Bro. Haney was President, Bible Quizzing was instituted in the Western District, and it later became a National program. In October of 1969, Bro. Haney was elected to the office of International Youth President and Bro. J. Delbert Langford was appointed to fill his unexpired term. Bro. Langford was then elected to the position of Pentecostal Conquerors President in 1971.

Sheaves for Christ was another major involvement of the Pentecostal Conquerors with an all-time high record of $97,871.23 in 1971.

Bro. Langford served for two years until he was appointed to fill the unexpired term of Bro. Don Deck as International Youth Secretary in 1972.

Bro. Charles Garner was appointed to fill the unexpired term of Bro. Delbert Langford in 1972 and served as Western District Youth President until 1973.

Bro. Garner was very active in promoting all the international programs in the Western District. In Sheaves for Christ, the Youth Board promoted the “Century Club.” A donation of $100 would give membership to this Club for a period of one year and $104,828.41 was raised through this program.

Bro. Leon Brokaw was elected as the Western District Youth President in 1973. The Youth Conferences and Youth Camps became the highlights of the Youth Program. During this time the Senior Youth Camp was divided into two groups, providing the Northern Senior Camp and Southern Senior Camp along with eight junior camps.

Bro. Brokaw and his wife were active in International Youth Corps, working three summers in the various cities of Hawaii, New York City, Boston, Philippines, and Korea. He was also involved in many city-wide crusades and linked arms with the Home Missions in tract distributions.

The Pentecostal Conquerors continued to grow and a total of 3,000 attended the 1975 Youth Convention in Anaheim, the largest in the history of the Western District up to that point.

During the 1970’s, Senior Youth Camp was moved to the fairgrounds in Santa Maria, CA. Also during this time, the District Youth Convention was moved to Bakersfield, CA, Fresno, CA, Redding, CA, and then back to Bakersfield, CA.  In 2007, the Western District split and the Southern California District was formed. The need arose to centralize youth events in the newly aligned Western District. Senior Camp stayed in Santa Maria until 2013 when it was relocated to a more central location on the outskirts of Yosemite National Park, where it is currently held. 2008 marked the last combined Youth Convention between the Northern and Southern Districts and was also the last year in that it was held in Bakersfield. In 2009-2011, Youth Convention found a new home in Stockton, CA at Christian Life Center. It then moved to San Jose during 2012-2013 and then in 2014 it moved back to where it began in Visalia, CA. It is currently held at the Visalia Convention Center and hosts a crowd of around 3,000 people each year.

Eventually, the “Pentecostal Conquerors” was renamed to the “Western District Youth Division.” 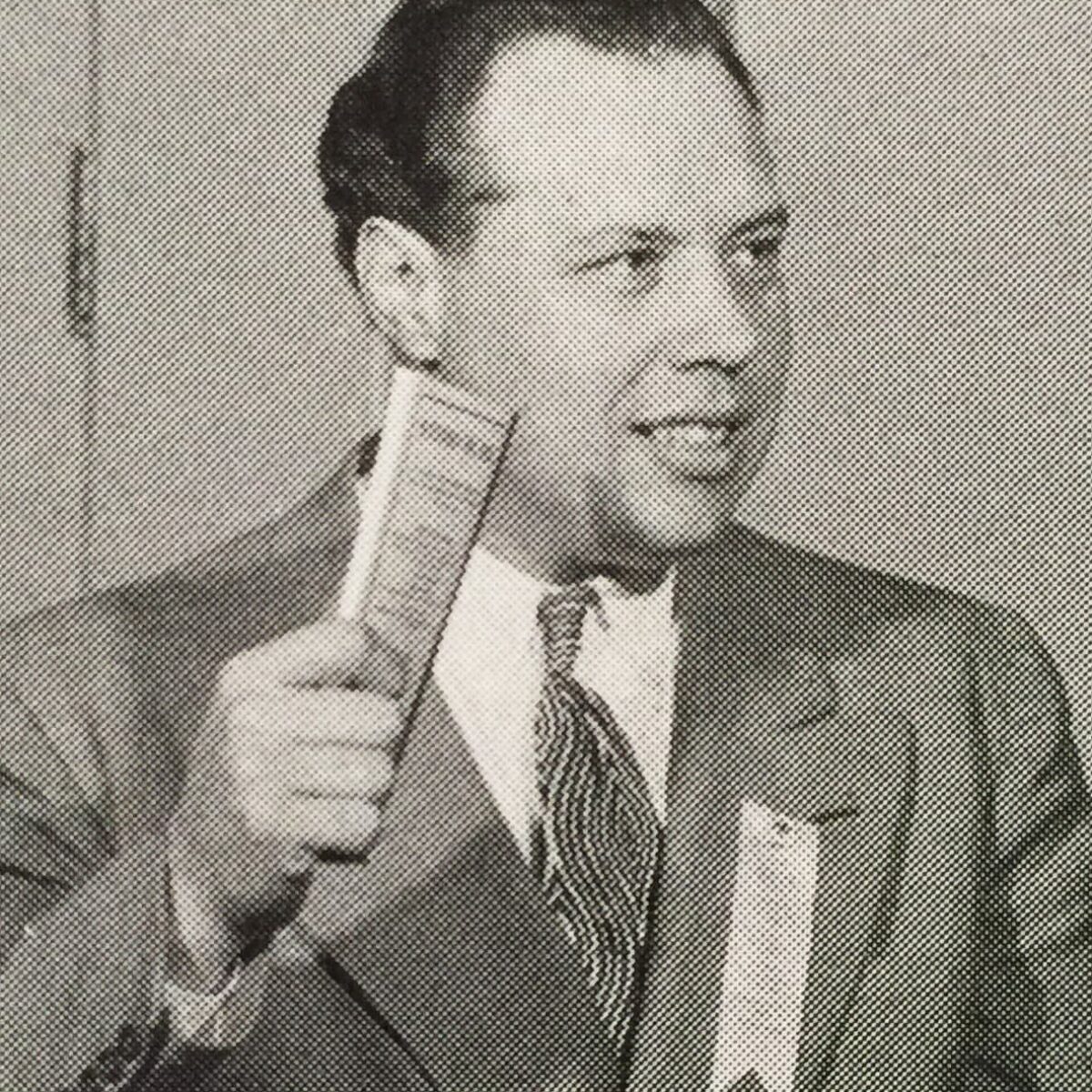 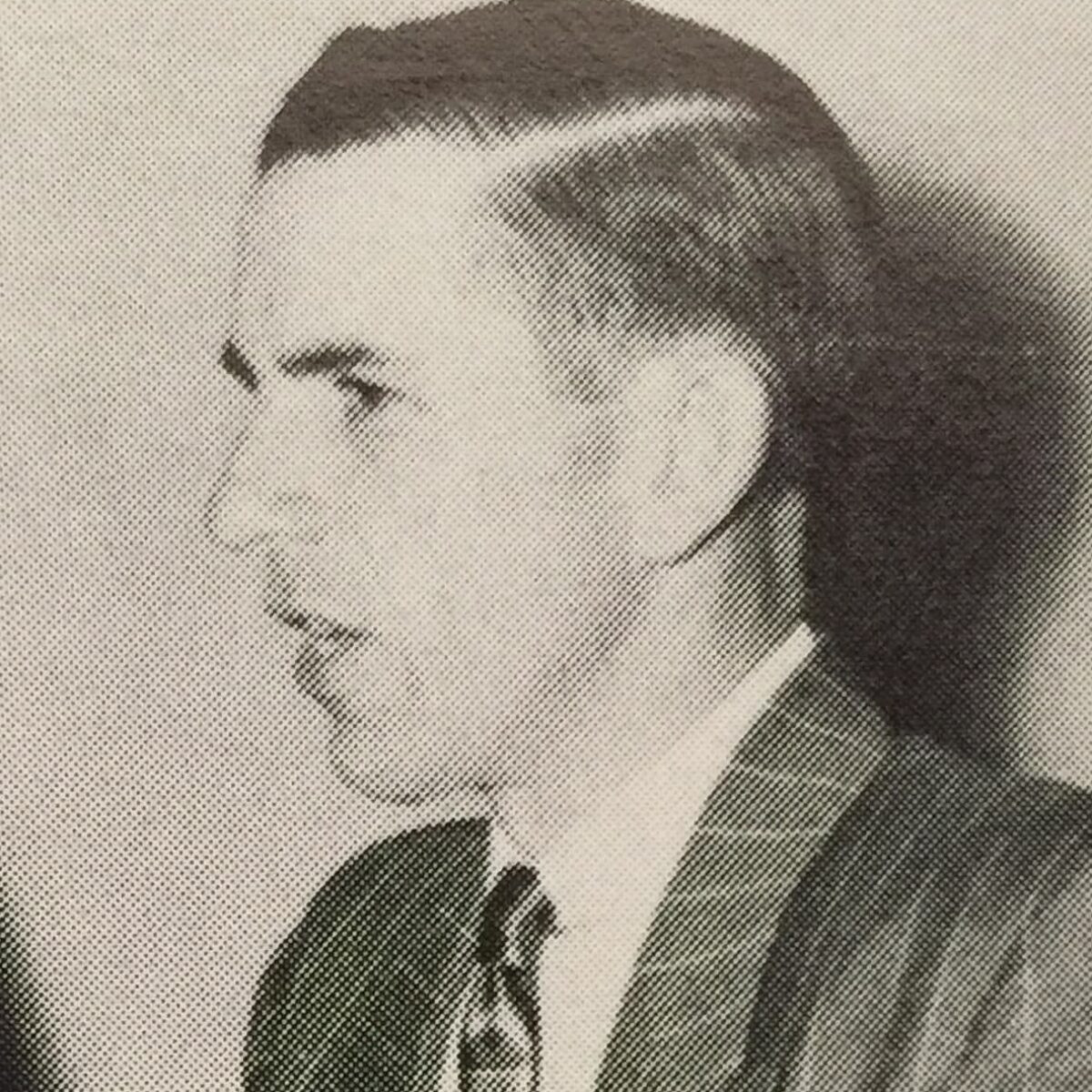 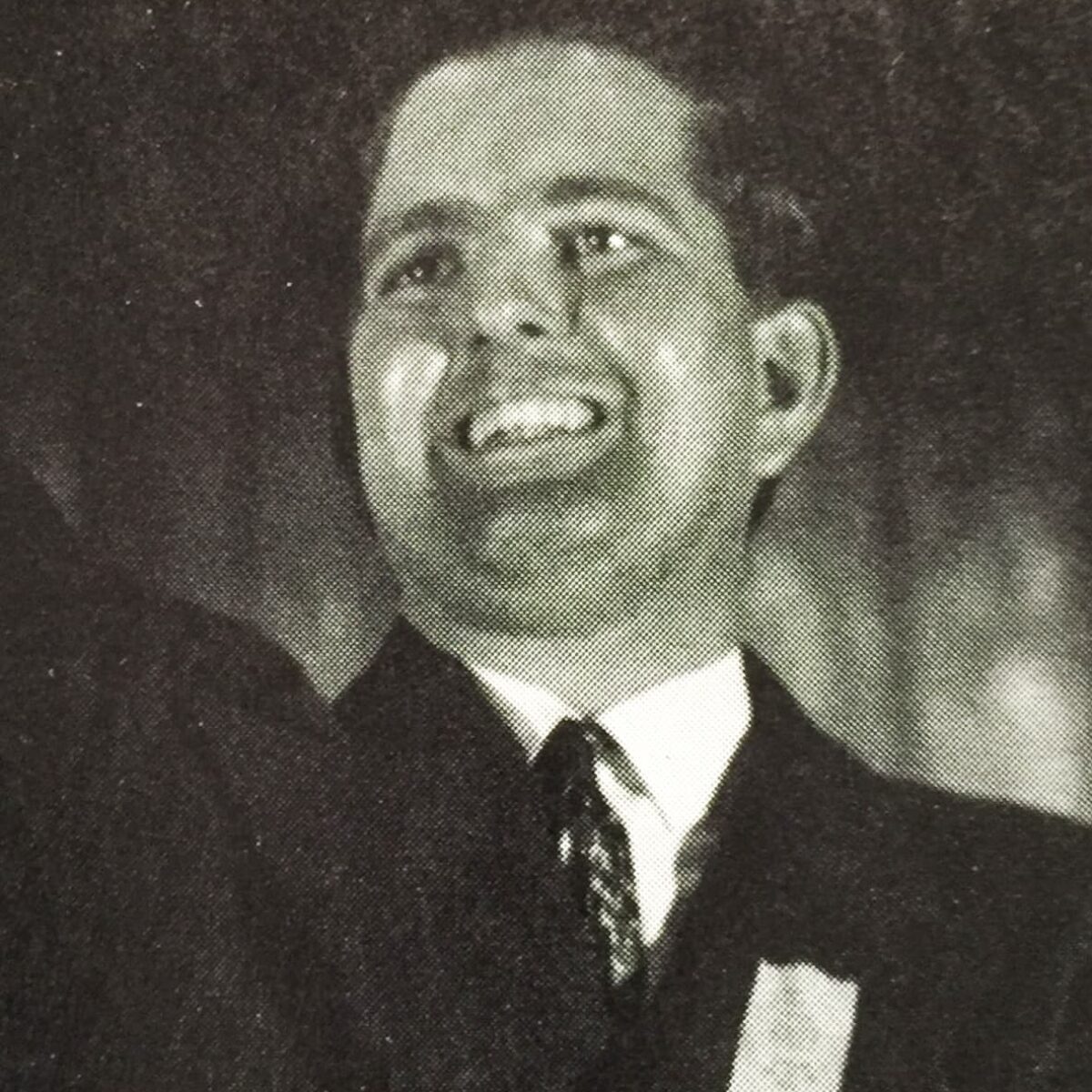 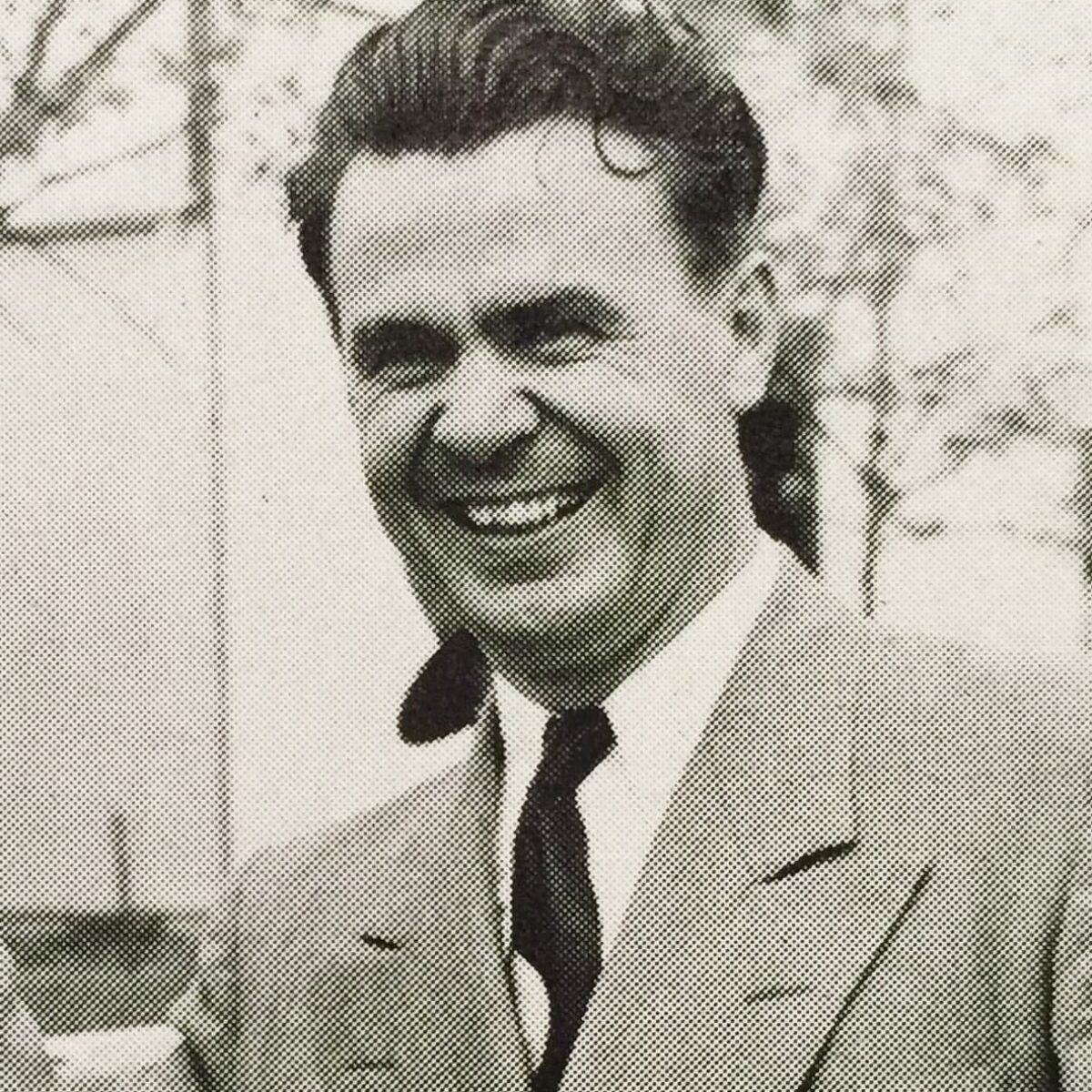 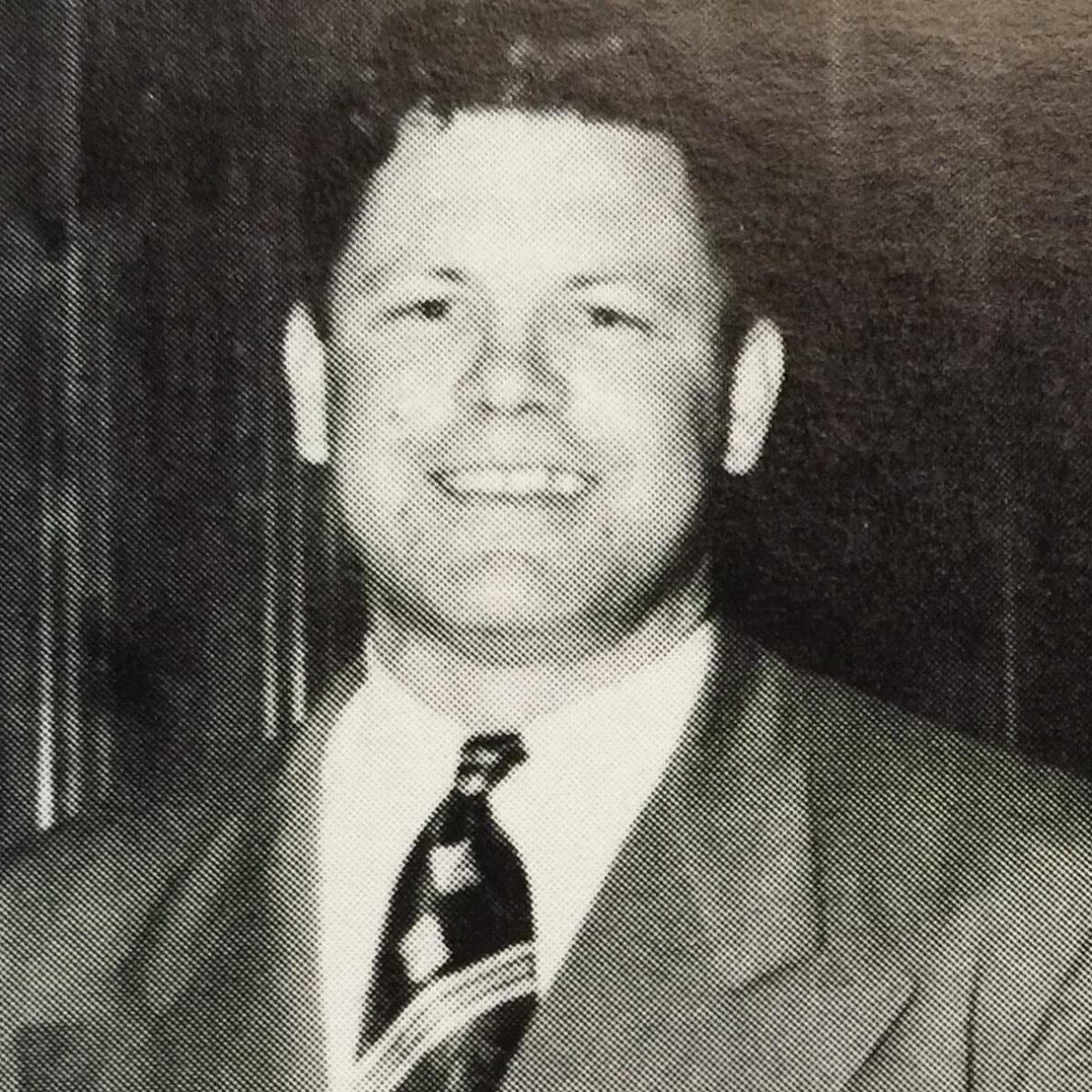 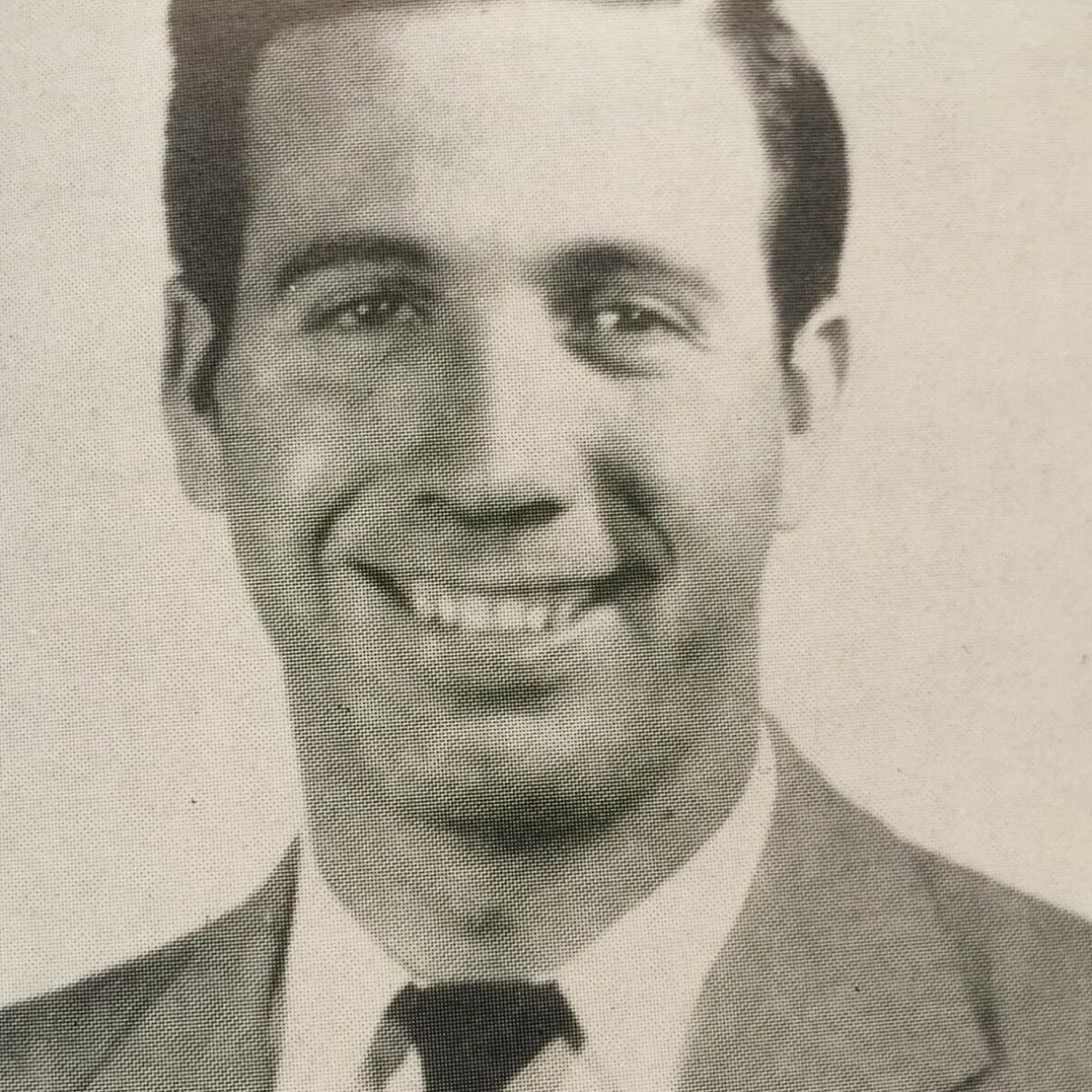 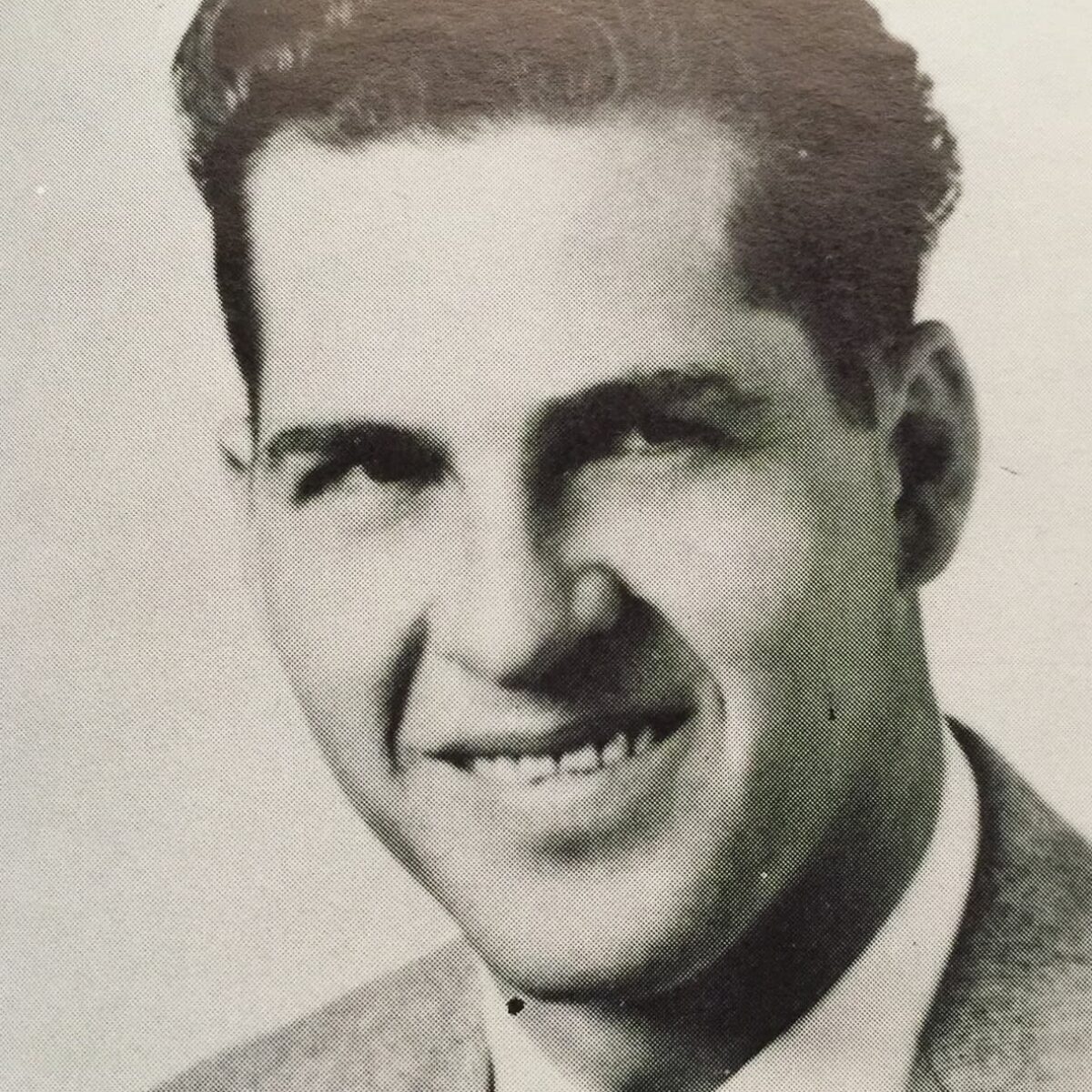 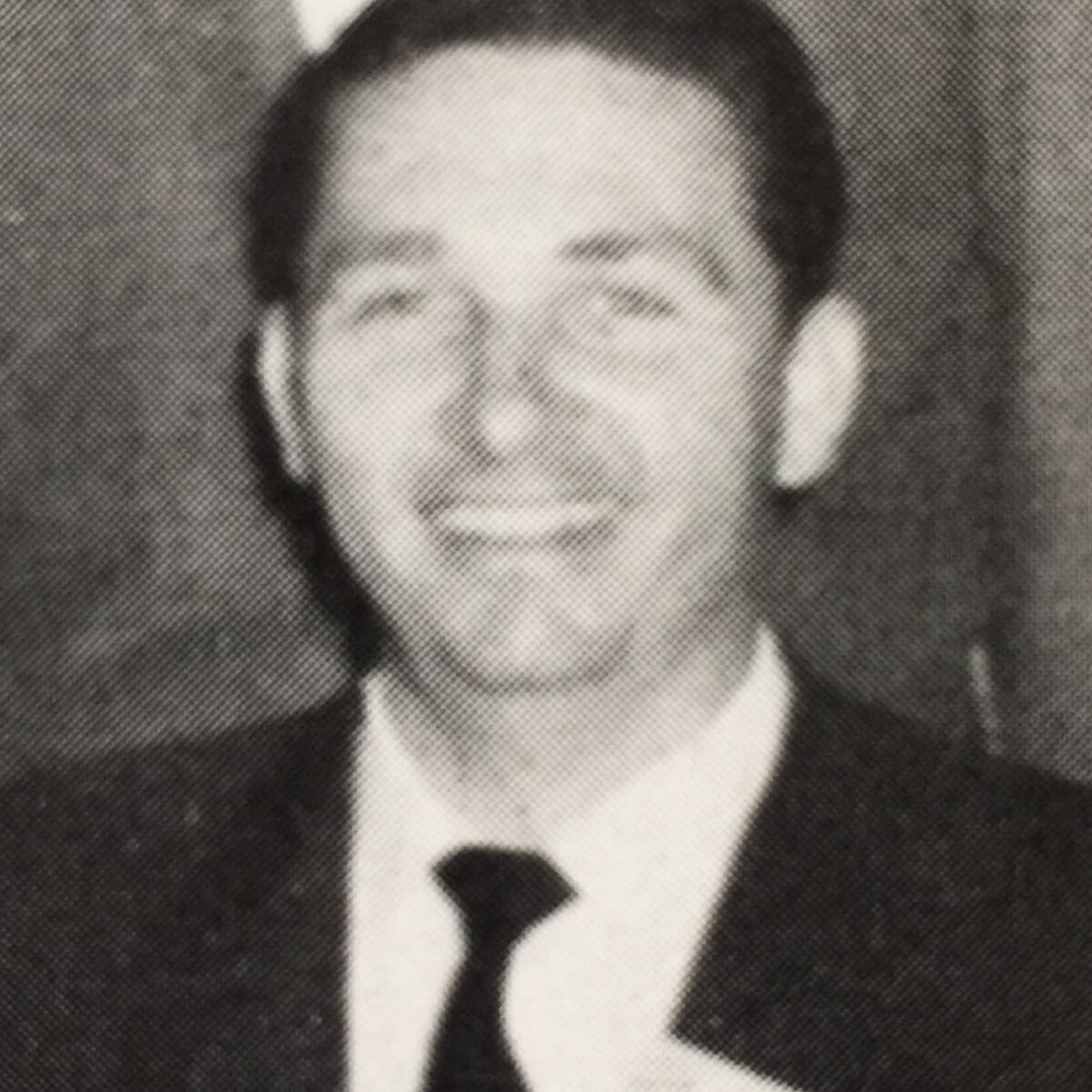 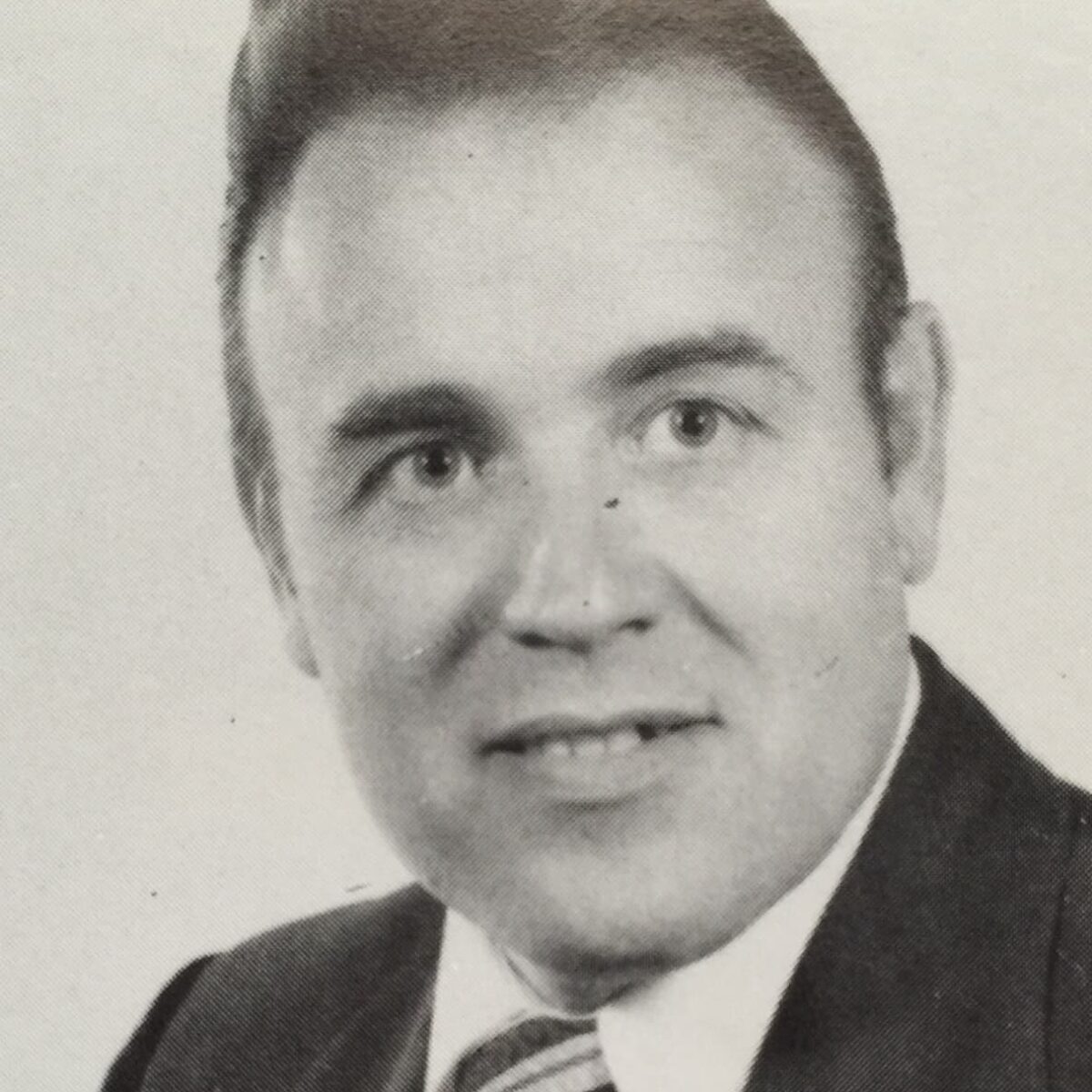 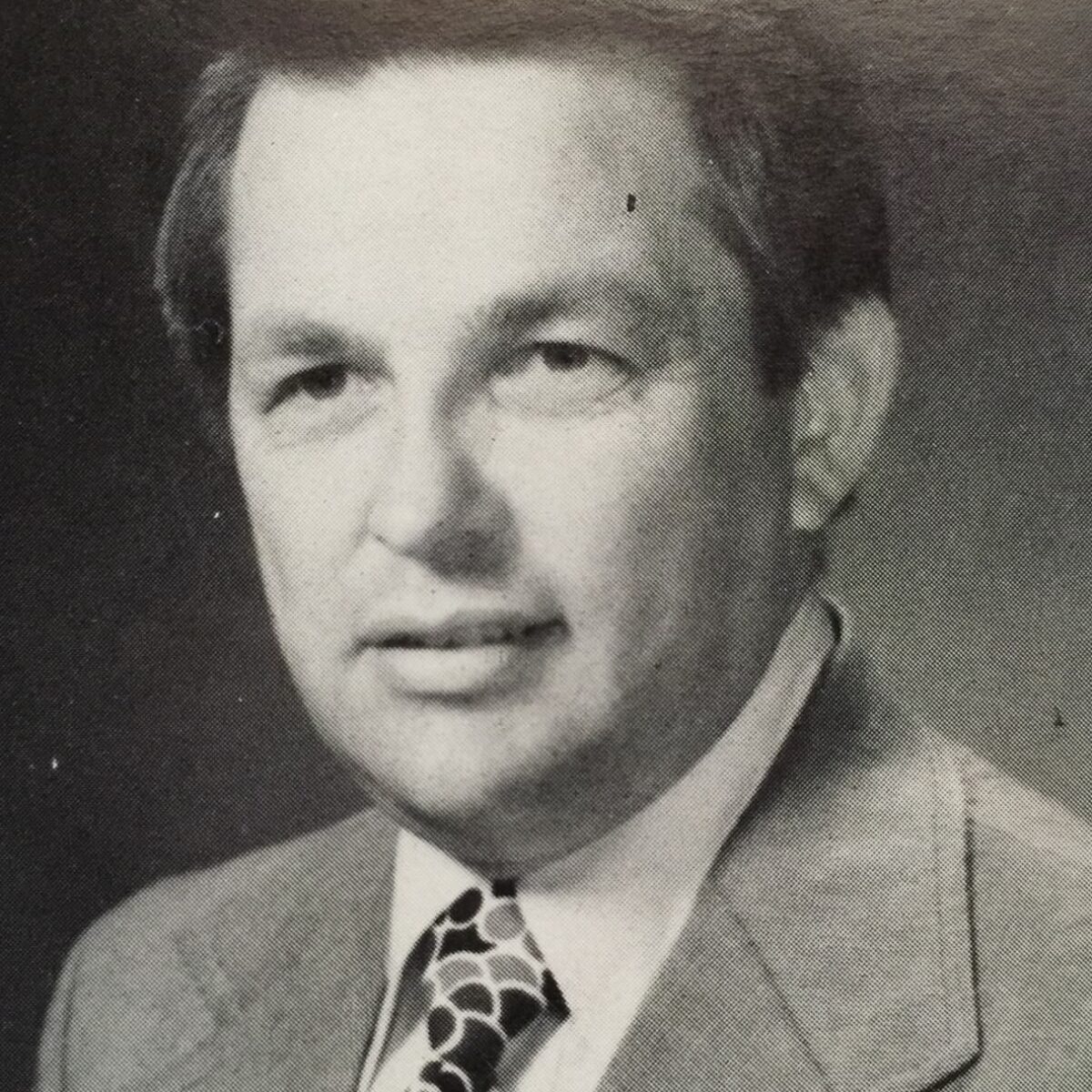 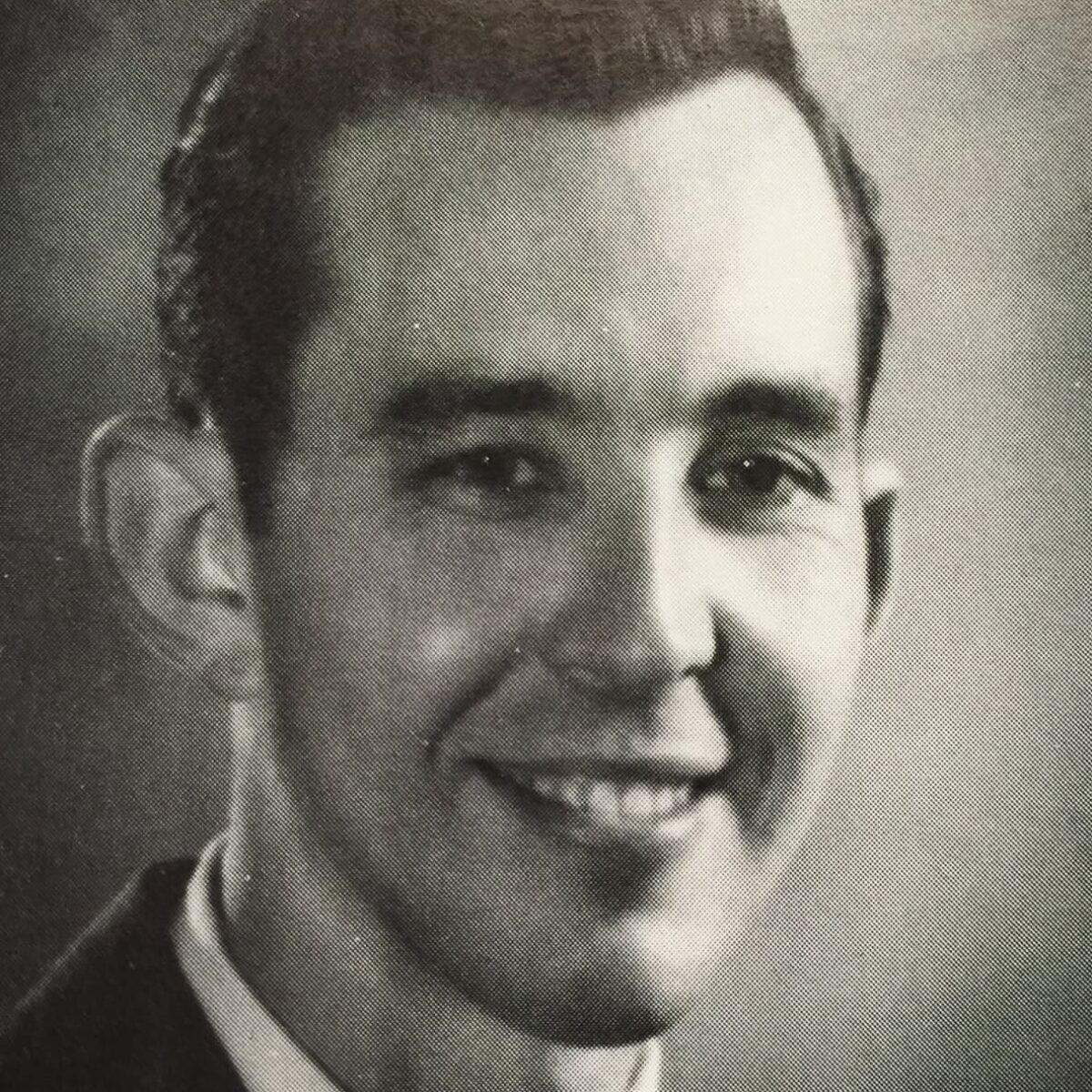 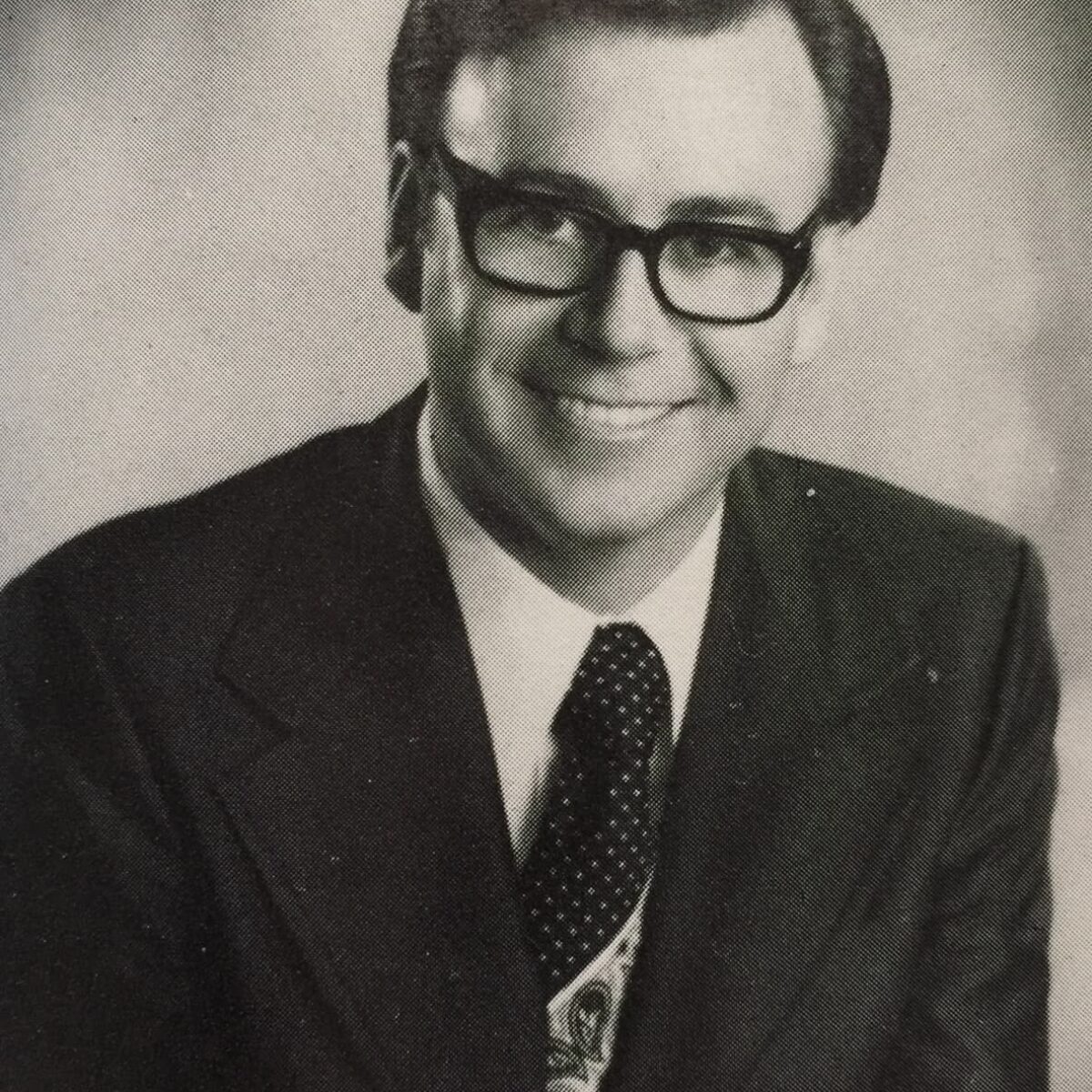 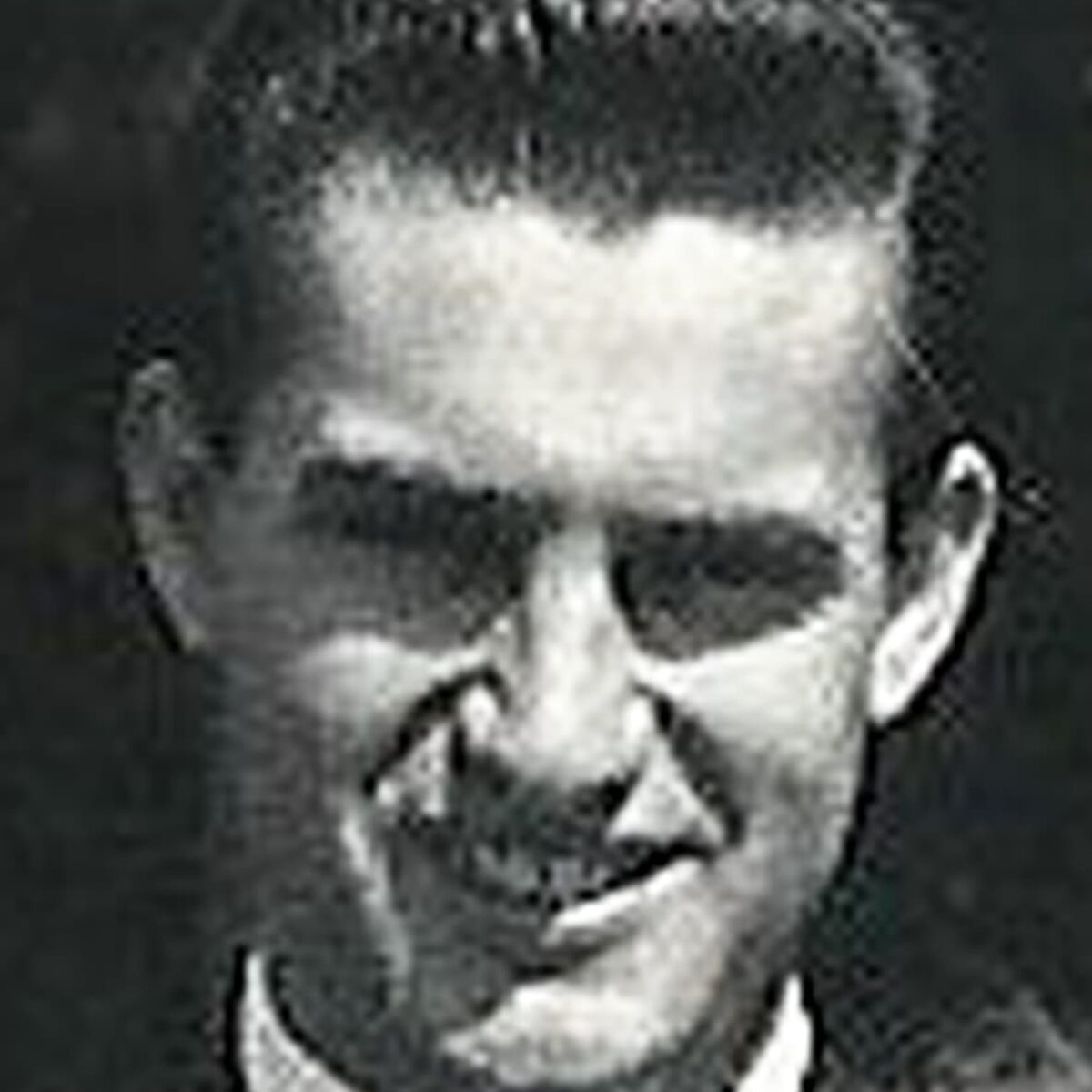 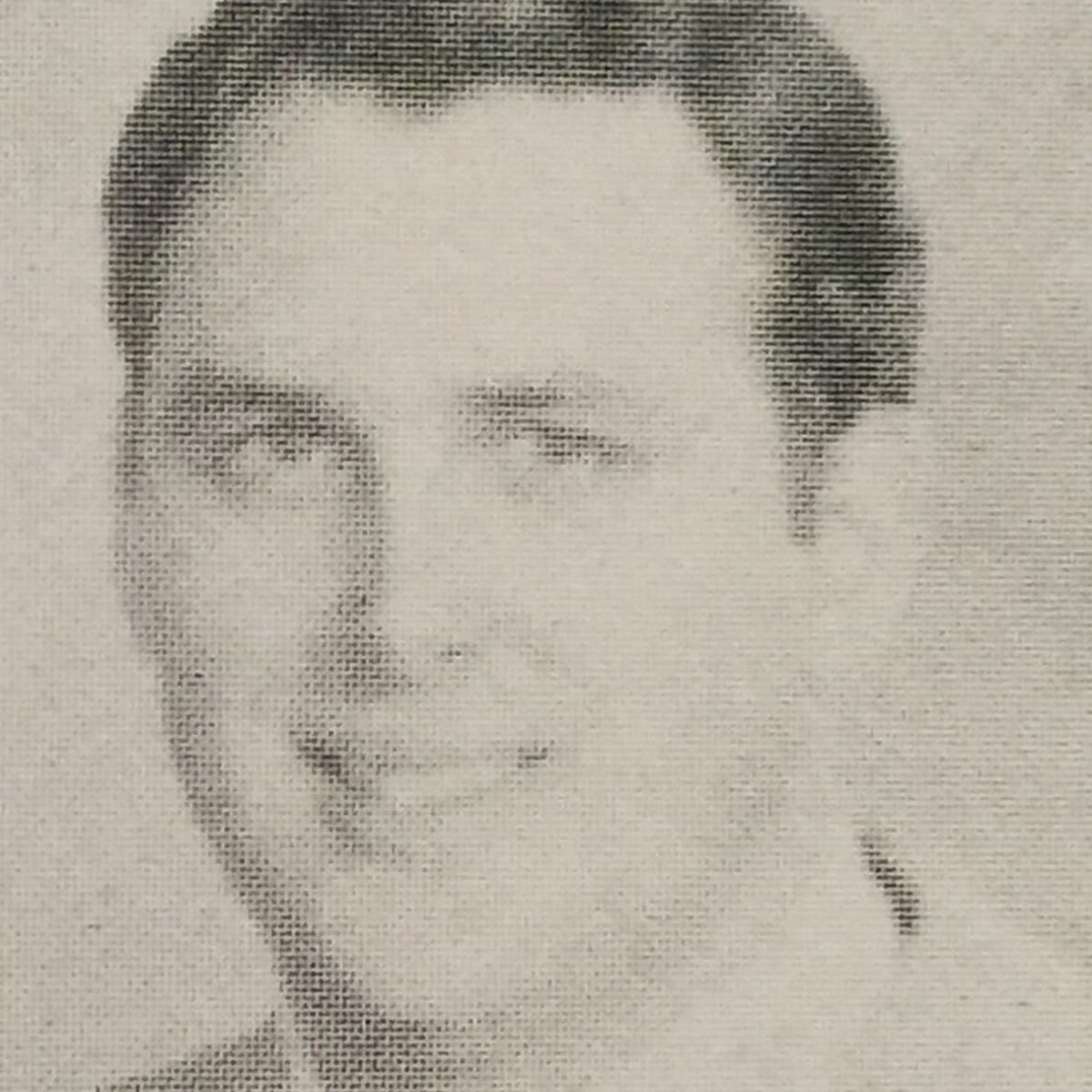 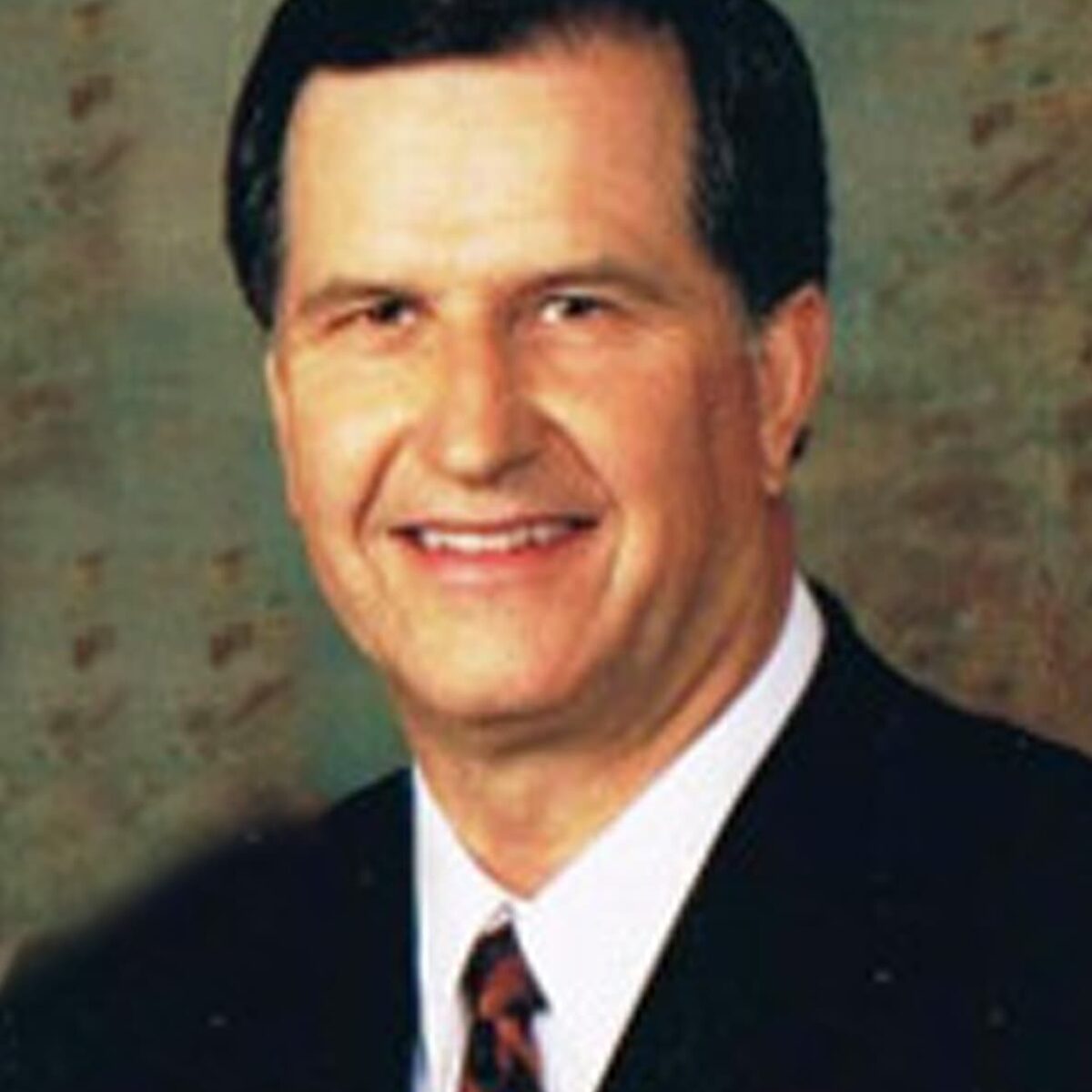 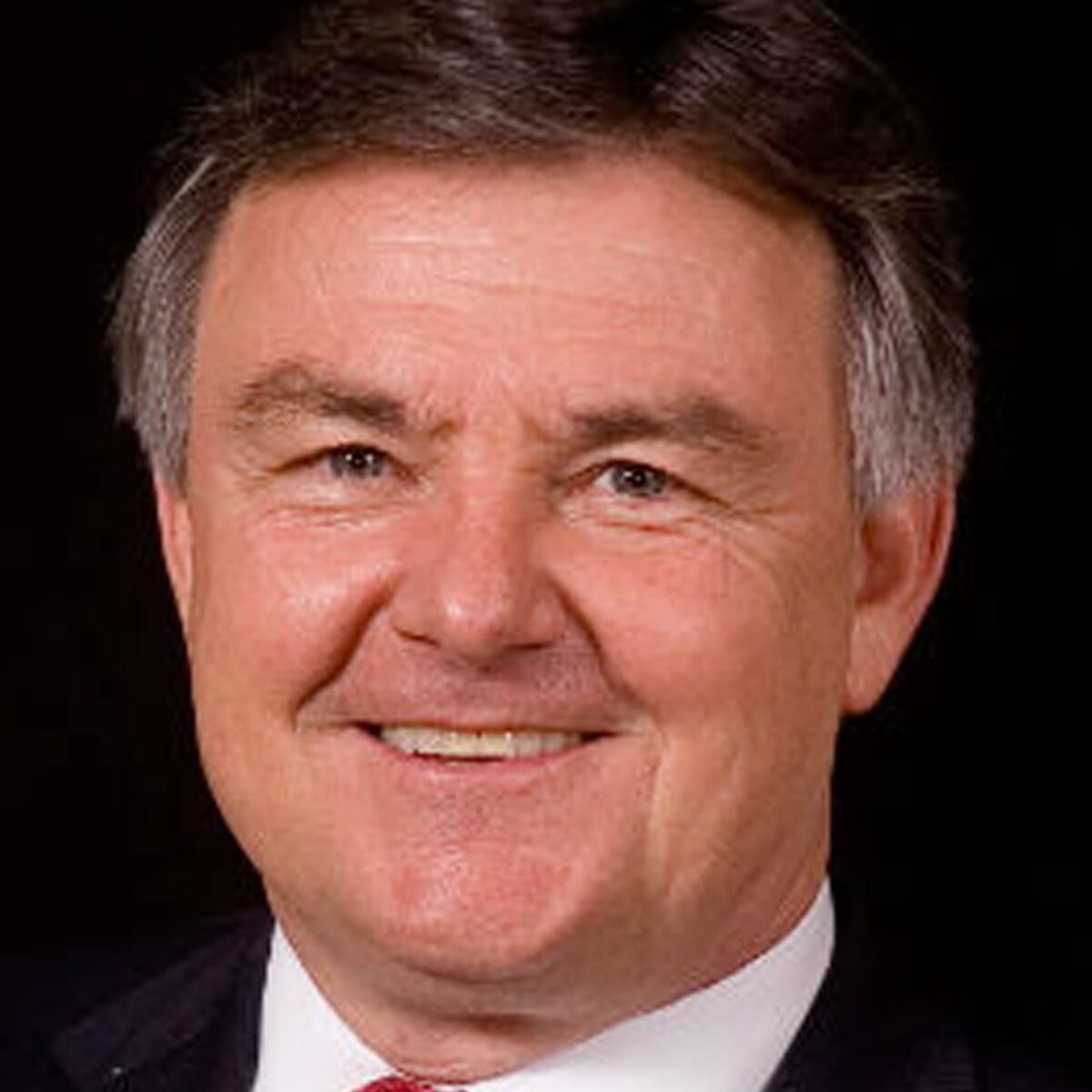 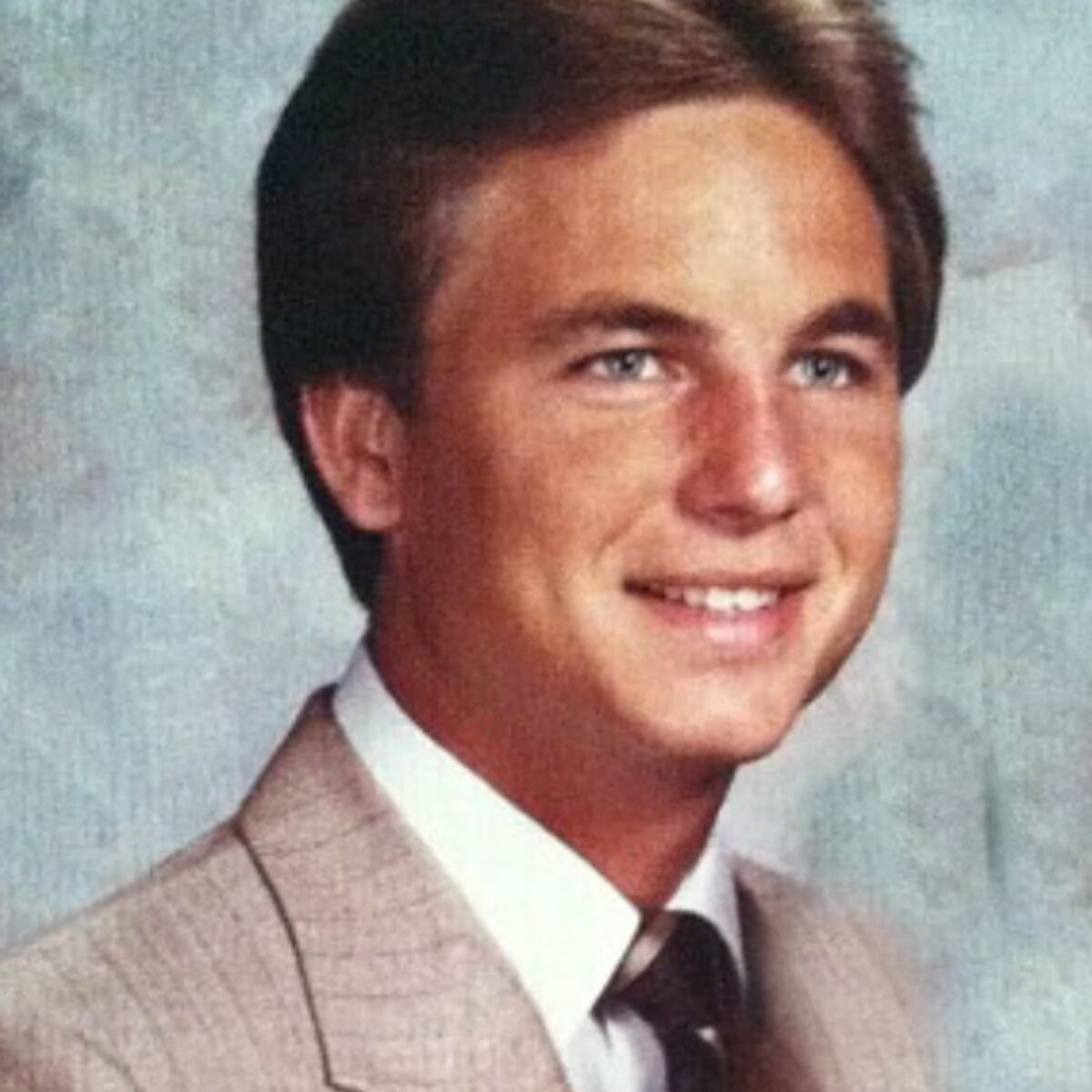 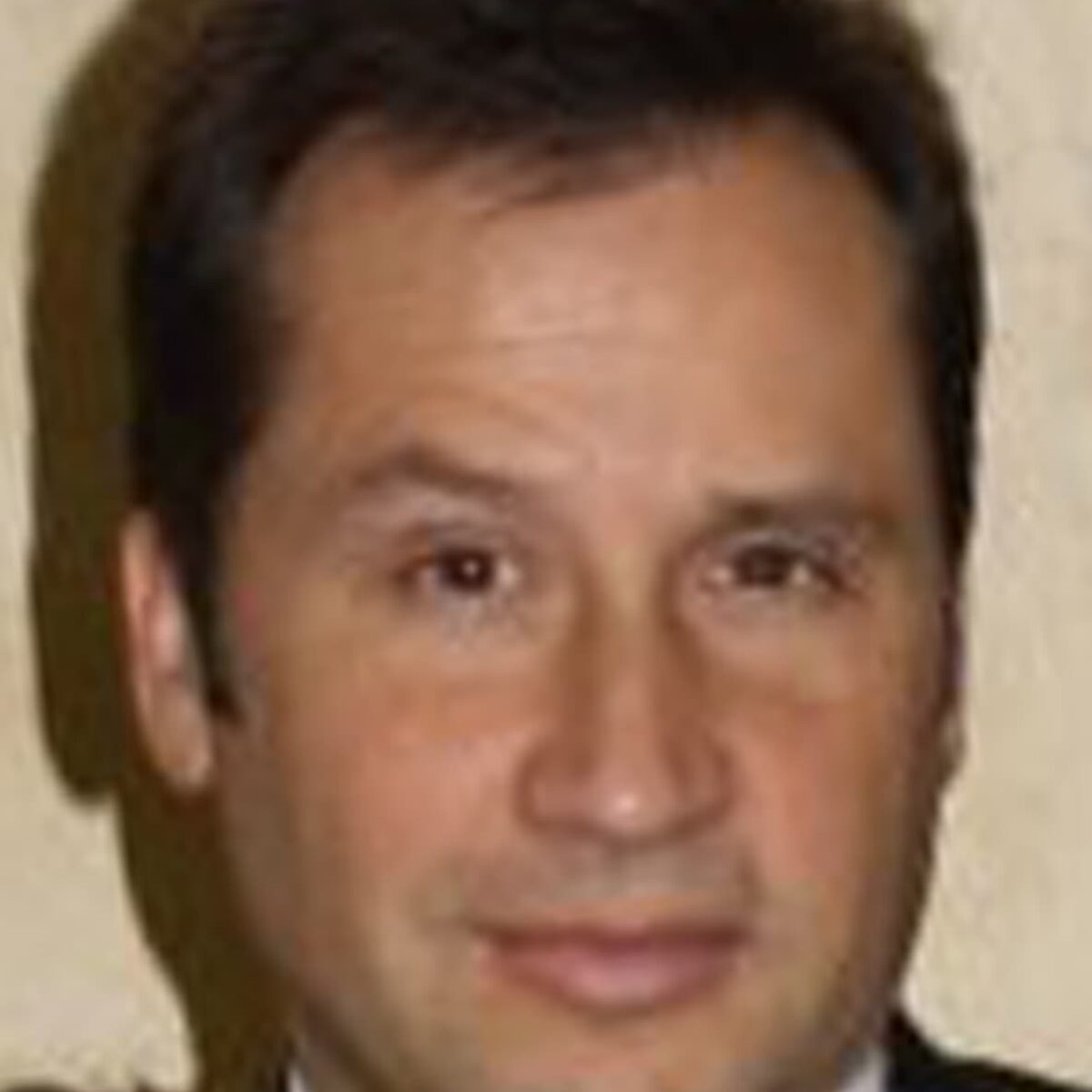 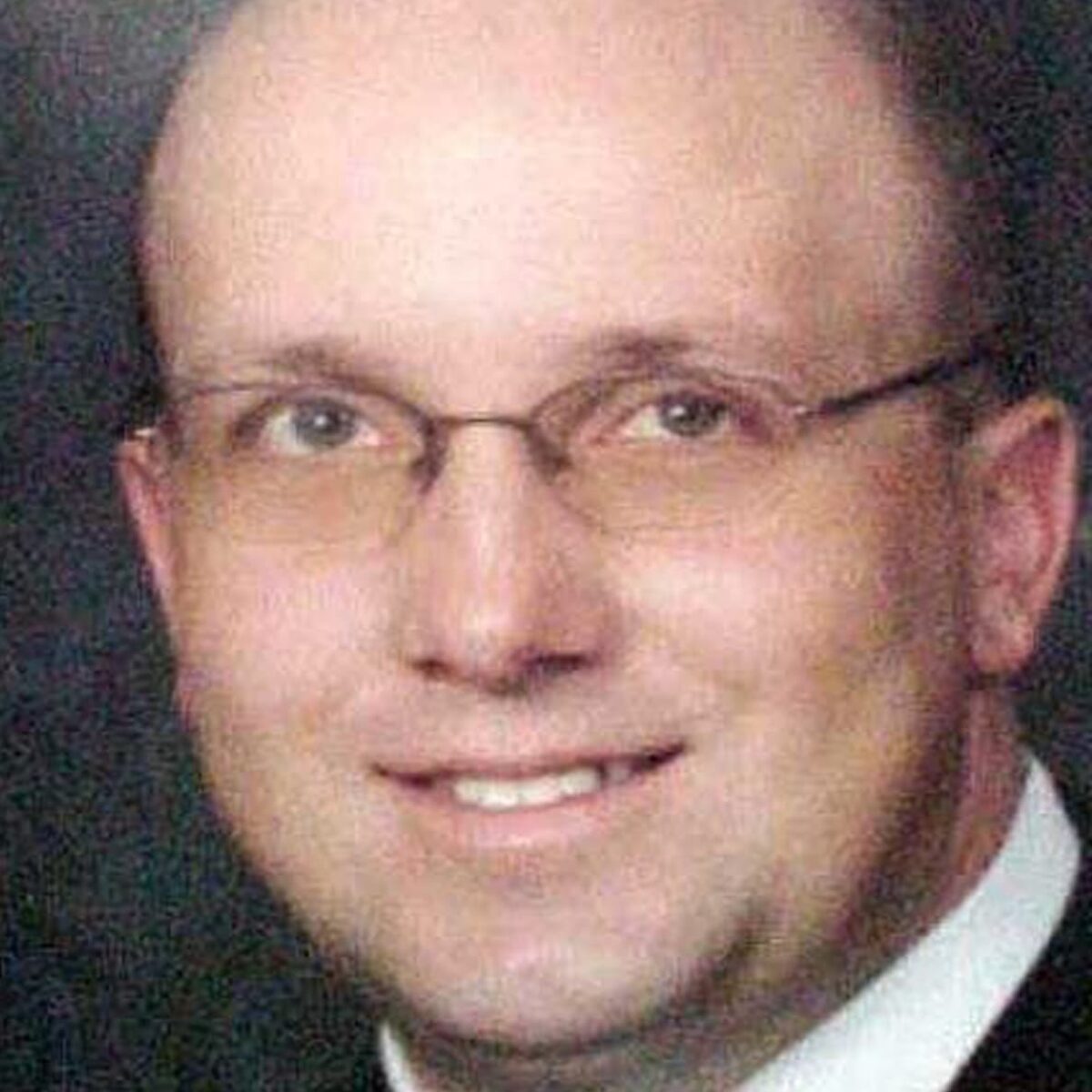 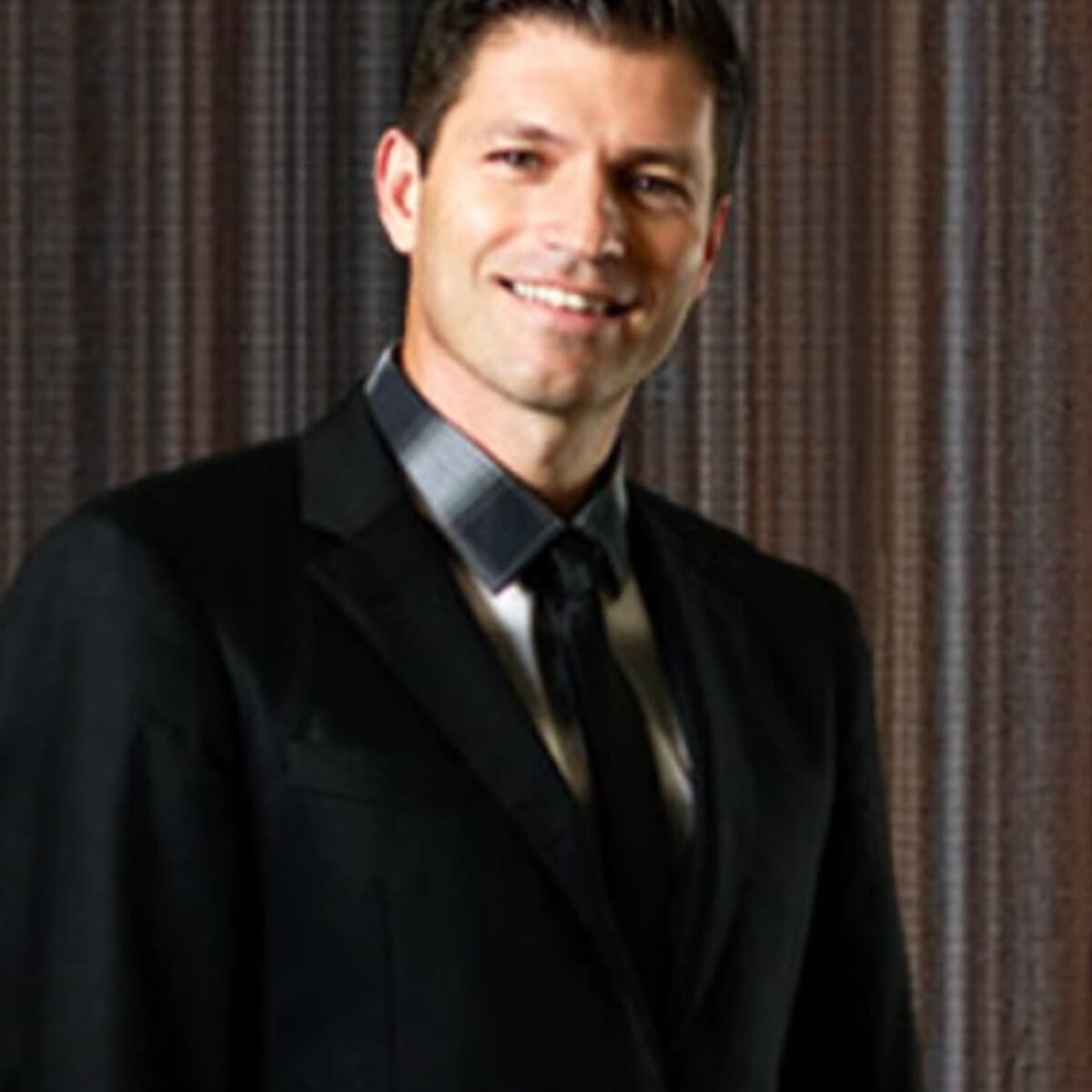 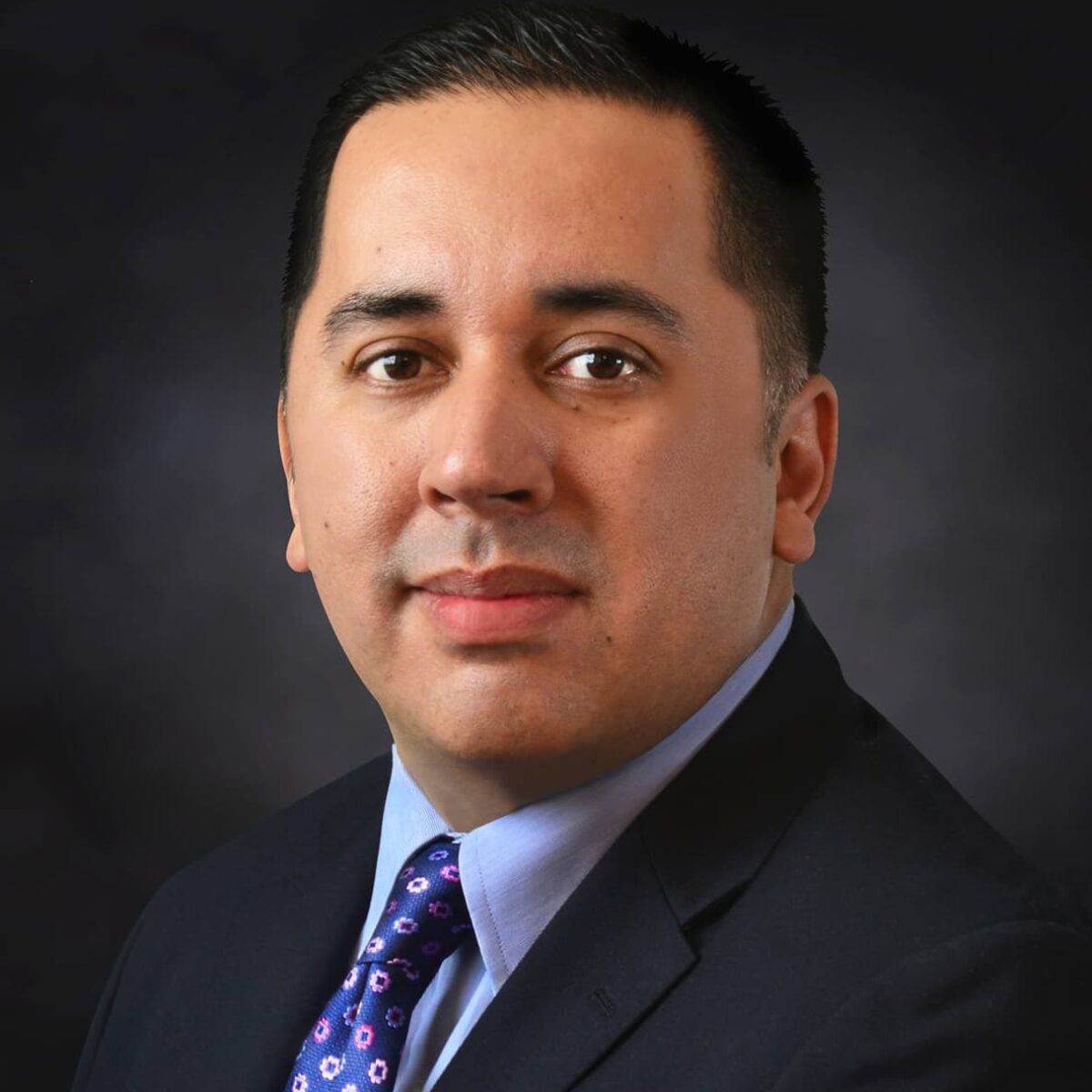 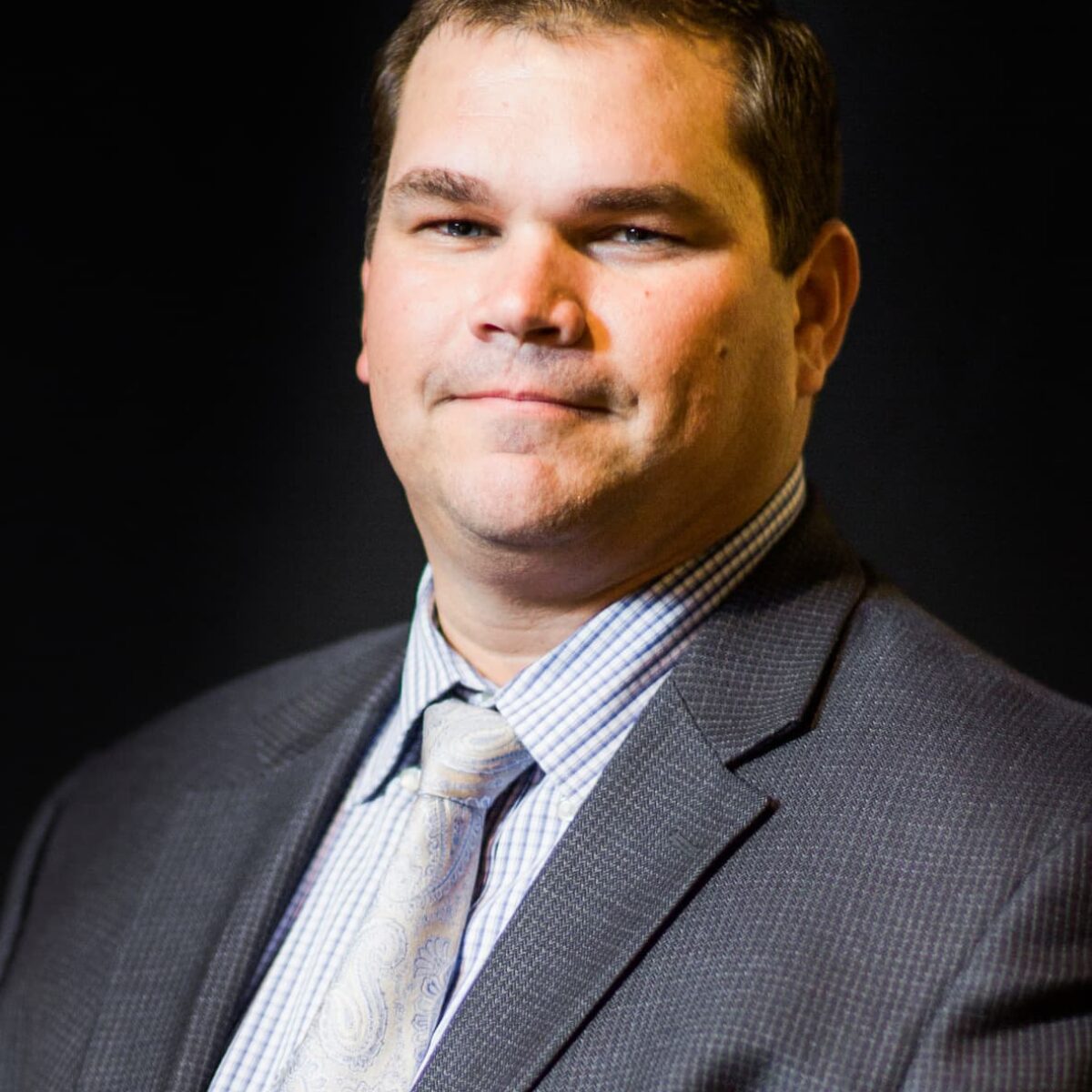 Learn about upcoming events in the Western District Youth.